Take Out the Trash!

Garbage is part of life, and if it's handled appropriately, it shouldn't cause an issue. However, if garbage starts to pile up, it can lead to severe consequences and complications. If you would like to know more about excessive garbage, keep reading.

Naturally, garbage can lead to unpleasant odors. As food decays, microorganisms multiply to consume the decomposition. However, they also release chemicals that can lead to smelly odors. The smell largely depends on the type of garbage. For example, garbage with lots of sulfur may smell like rotten eggs. Other compounds include nitrogen, terpenes, and carboxylic acids.

Microorganisms don't just create smells, they can also carry diseases, such as food poisoning, salmonella, enteric fever, and typhoid fever. If you come in contact with the affected garbage and then touch your face or eat something, you could make yourself sick. In some cases, waste gets into the air, affecting the quality and increasing the risk of respiratory disease.

Besides microorganisms, garbage attracts pests and not just small bugs. Raccoons, squirrels, rats, opossums, and many other larger pests may try to get to your garbage. The more pests you have in the area, the higher the risk of them getting inside your building. Plus, pests can also spread disease and create unpleasant odors. On top of that, they may make a mess by spreading garbage and knocking over bins.

Not everyone cares about your garbage, but some people may try to look through it to steal anything they can, including private or confidential information. If there is a lot of garbage, it may also create a good hiding spot for a potential criminal who wants inside the building.

If you have a lot of trash piled up, expect to get a visit from unhappy people, especially your neighbors. They may get upset if the pests and odors affect them, but they may also feel that your garbage brings down the value of the whole neighborhood. You may also have to deal with unhappy HOAs and/or the city.

Excessive garbage is a real problem because it can lead to many issues. It attracts unwanted visitors and can make you sick. It can also affect how people view you and make those around you angry, especially if the garbage affects them. If you would like to know more, contact a local commercial trash removal service. 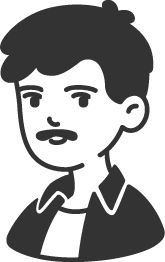 Maybe you've been asked, by your mother or another family member, to take out the trash. You've probably responded by hauling the trash out to the side of the street, right? Have you ever wondered, though, what happens to the trash after that? A garbage removal company picks it up, of course. Every company then handles the trash a little differently. Some compact it. Some burn it. Some send it straight off to landfills. We are here to write more about garbage removal and all of its many facets. It is our hope that this information serves you well and teaches you something.